The first thing Deckmasters offered to its clients, in 1994, was the reconditioning of existing redwood decks. Reconditioning combines pressure washing, setting nails, sanding & application of oil based stain to the deck and railings (if the railings are natural wood), to restore the beauty & protect the deck against aging.

A deck is like a car that is not put in a garage. It is affected by the sun, which damages the finish. In the case of a deck, the damage is more dangerous. Once the wood is dry the boards crack and are susceptible to the rain soaking in, the wood begins to deteriorate and dry rot begins. Additionally, the film of mold & “grunge” can trap moisture in the wood which will cause rot.

Washing the deck with the use of a deck cleaner, removes the dirt, (including in the spaces between the deck boards) accumulates and allows the wood to be refinished to the best possible look, offering the greatest protection. The setting of the nails allows the sanding to remove the “fuzz” that develops as the sun bakes the wood. The final step of applying the stain is, in fact, restoring the natural oils that were present in the wood when it was installed in the decks & railings.

Note: Many stains are heavily advertised in the media, usually by the less quality product companies. Purchasing & applying a stain of lesser quality than we recommend can, in some cases, unfortunately, be worse for the deck & railings than just leaving them alone.

It is recommended that wooden decks with direct sun exposure be treated on an annual or semi-annual basis, it is up to the customer. If it looks like it is dry and unattractive for the family to use for outdoor activities, it is usually ready for treatment. Non-direct sun exposure will need conditioning on a more limited basis.

Over the years, we have treated in excess of 1,500 decks, many of them more than once. Quality is the key to our being asked to return. Decks, according to Remodeling Magazine’s annual COST VS VALUE report, return about 77% of their original cost. That is a good reason to take care of them.
​​​​​​​

When it is time to begin the process of building a new deck or repairing an existing deck, some things should be considered:
How dependable is your contractor and how much experience does he have in DECKS. “Anyone can build a deck or repair an existing one”, or that, is what many people think. In some cases, this is true for simple fixes. Decks actually have many nuisances that should be considered. General Contractors, in general, deal in non-deck construction. Their employees are competent in mostly “non-deck” types of construction. Decking contractors have employees that deal with decks, every day. So make sure you choice of builder has the following:With 20 + years in the deck building business and 50 years in the building trades, DECKMASTERS meets all of these requirements and would look forward to discussing your building and repair needs. 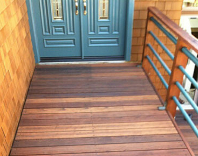 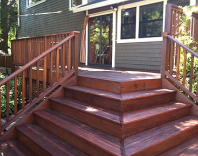 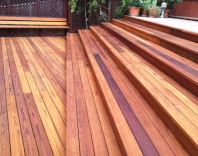 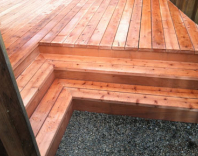 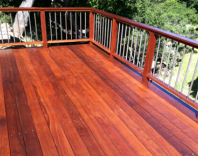 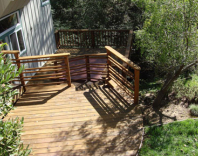 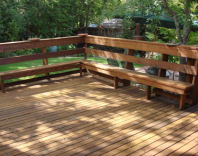 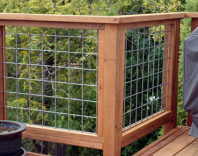 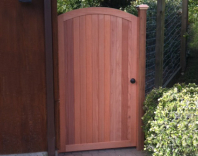 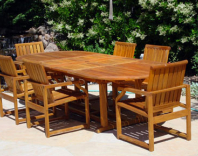 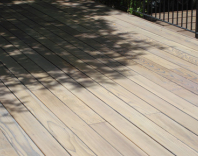 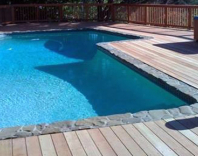 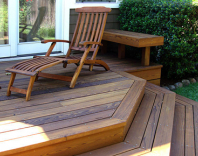 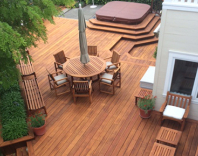 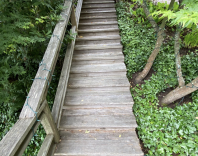 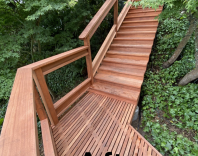